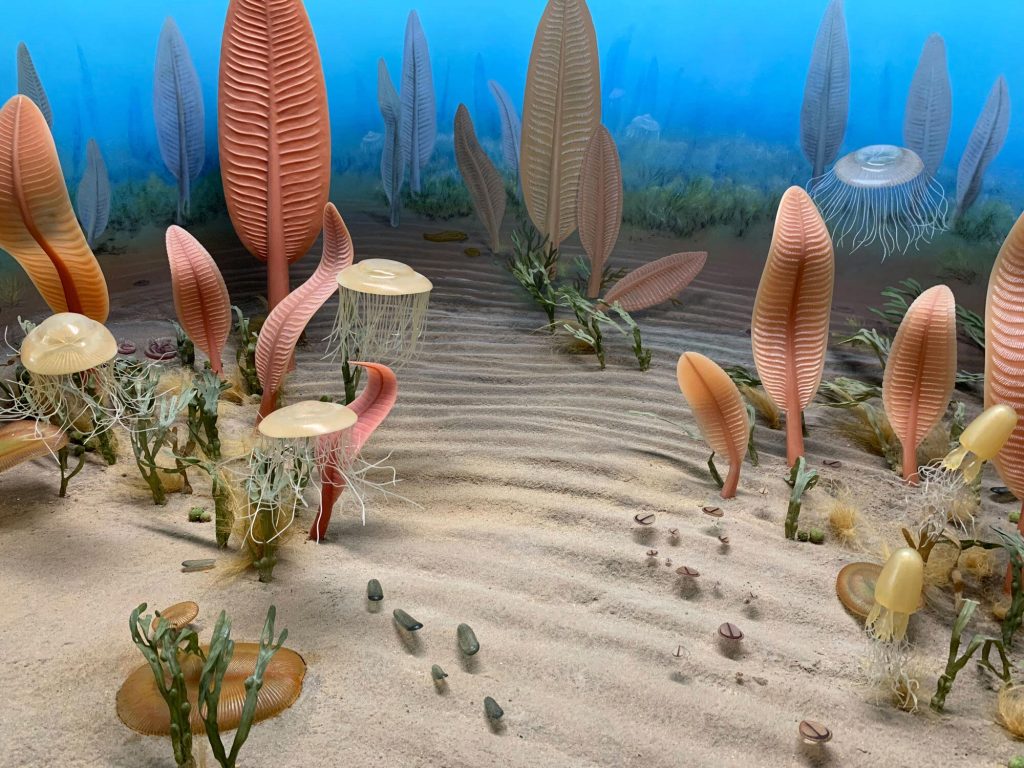 La maggior parte dei famosi dinosauri scomparve alla fine 66 milioni di anni fa[{” attribute=””>Cretaceous period. Prior to that, a majority of Earth’s creatures were snuffed out between the Permian and Triassic periods, roughly 252 million years ago.

Thanks to the efforts of researchers at the University of California, Riverside (UCR) and Virginia Tech, it’s now known that a similar extinction occurred 550 million years ago, during the Ediacaran period. This discovery is documented in a Proceedings of the National Academy of Sciences paper.

Although unclear whether this represents a true “mass extinction,” the percentage of organisms lost is similar to these other events, including the current, ongoing one.

The researchers believe environmental changes are to blame for the loss of approximately 80% of all Ediacaran creatures, which were the first complex, multicellular life forms on the planet.

“Geological records show that the world’s oceans lost a lot of oxygen during that time, and the few species that did survive had bodies adapted for lower oxygen environments,” said Chenyi Tu, UCR paleoecologist and study co-author.

Unlike later events, this earliest one was more difficult to document because the creatures that perished were soft-bodied and did not preserve well in the fossil record.

“We suspected such an event, but to prove it we had to assemble a massive database of evidence,” said Rachel Surprenant, UCR paleoecologist, and study co-author. The team documented nearly every known Ediacaran animal’s environment, body size, diet, ability to move, and habits.

With this project, the researchers sought to disprove the charge that the major loss of animal life at the end of the Ediacaran period was something other than an extinction. Some previously believed the event could be explained by the right data not being collected, or a change in animal behavior, like the arrival of predators.

“We can see the animals’ spatial distribution over time, so we know they didn’t just move elsewhere or get eaten — they died out,” said Chenyi. “We’ve shown a true decrease in the abundance of organisms.”

Dickinsonia, a creature resembling a bath mat from the Ediacaran period.

They also tracked creatures’ surface area to volume ratios, a measurement that suggests declining oxygen levels were to blame for the deaths. “If an organism has a higher ratio, it can get more nutrients, and the bodies of the animals that did live into the next era were adapted in this way,” said UCR paleoecologist Heather McCandless, study co-author.

This project came from a graduate class led by UCR paleoecologist Mary Droser and her former graduate student, now at Virginia Tech, Scott Evans. For the next class, the students will investigate the origin of these animals, rather than their extinction.

Ediacaran creatures would be considered strange by today’s standards. Many of the animals could move, but they were unlike anything now living. Among them were Obamus coronatus, a disc-shaped creature named for the former president, and Attenborites janeae, a tiny ovoid resembling a raisin named for English naturalist Sir David Attenborough.

“These animals were the first evolutionary experiment on Earth, but they only lasted about 10 million years. Not long at all, in evolutionary terms,” Droser said.

Though it’s not clear why oxygen levels declined so precipitously at the end of the era, it is clear that environmental change can destabilize and destroy life on Earth at any time. Such changes have driven all mass extinctions including the one currently occurring.

“Nothing is immune to extinction. We can see the impact of climate change on ecosystems and should note the devastating effects as we plan for the future,” Boan said.